Religion News Service – Dispatches from the U.S.-Mexico border: A ride for immigration justice 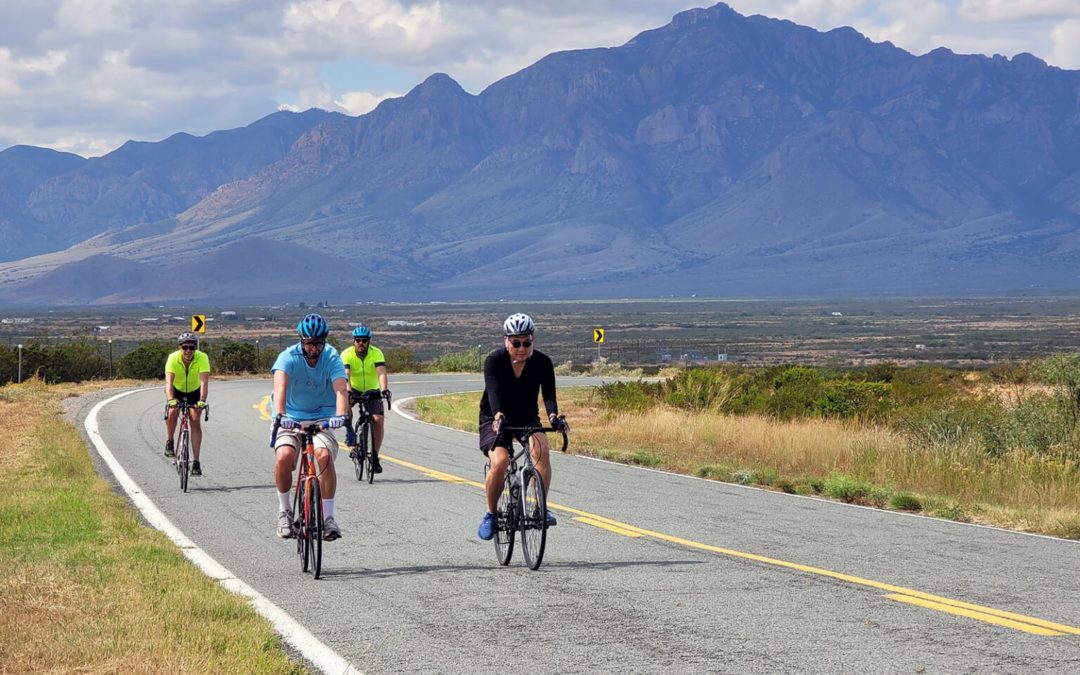 The following is an opinion written in Religion News Service by Doug Pagitt, executive director of Vote Common Good:

We The People Ride is a 3,200-mile bike ride along the United States-Mexico border, from San Diego, California, to St. Augustine, Florida. Led by Vote Common Good, members of the public are invited to join any length of the journey, both in person and online.

As the group rides, they are finding and telling the stories of those most impacted by U.S. immigration policy, and sharing their experiences and treatment. RNS will publish their dispatches from the road.

“We pledge to look to those living on the border-land for answers, opportunities and changes to immigration policy,” wrote Doug Pagitt, an evangelical pastor and the executive director of Vote Common Good. “We hope to connect and learn from immigrants to deepen our nation’s understanding and ability to call for just-action at our border. In traveling to the border, we hope to remind the public that immigration is a human story, and that it is a Christian duty to fight for fair immigration policy.”

As our group of riders — small, but strong and quickly growing in size — crosses a particularly rough patch of California land, I pause.

In the few days since we embarked on our journey along the border to Florida, U.S. citizens and immigrant families alike have watch with bated breath as Congress deliberates about a pathway to citizenship in its reconciliation package; Haitian refugees continue to be forcefully expelled from our land; and Republican governors have travelled to the border to outline their 10-step “security” plan.

These conversations all lack the key to unlocking ethical, common good policies: humanity. Too often, we forget that the United States is the sum of its people. Our different backgrounds, experiences, languages and cultures give this country strength and foundation. We, The People, are a multitude.

We The People, the riders who are making this trip, believe our entire nation can benefit from hearing directly from those closest to immigration issues. On this journey, we’re meeting those who live on the border, serve one another on the border, work along the border, and have come to the border as refugees, asylum seekers, and migrants.

In just the first week of our ride, we met with people impacted by theRemain in Mexico policy and with Border Patrol officers. We stopped at the Asylum encampment in Tijuana, Mexico, to connect with organizers and immigrants. We sat down with a group of Guatemalan women seeking asylum in Nogales, Mexico, who travelled to our country pregnant, with children in tow, after witnessing the murder of a family member.

Many shared a single common experience: no one had stopped to ask them for their stories. Most were finger-printed, placed in a cold waiting room, then removed from the border and dropped off in a nearby town to await further instructions. While politicians preach the notion of having immigrants come to our country “the right way,” we aren’t even giving these newcomers a chance to plead their case.

At our nation’s core is the notion of justice for all — a justice that will not stand to be abused, twisted, or taken advantage of. Over the next few weeks, we will be sharing the testimonies of those we meet along the border and our impressions, as well as tall tales of the blisters quickly forming under our shoes.

Most of all, we hope to remind the public that we need a Common Good approach to immigration and border management – one that leads to the inclusion of refugees, immigrants and asylum seekers through a clear, fair, accessible path to migrate to the United States.

I pick up my bike and look out across the long stretch of pavement ahead. Onward.